Morgan County, Alabama – Police are searching for a truck driver who went missing Wednesday, June 11 near a truck stop in Priceville, Alabama.

Authorities have confirmed 64-year-old Bertram Moore, a FedEx truck driver from El Paso, Texas, disappeared after parking his truck at a Pilot Travel Center near the intersection of Interstate 65 and Highway 67.

Officer Terry Jones with the Priceville Police Department said authorities began searching for Bertram after FedEx alerted them that Bertram’s daughter reported she was unable to reach her father.

Bertram’s truck was quickly located and investigators discovered his belongings inside.

However, Bertram was missing along with his phone, officials said.

Officer Jones revealed family members believe Bertram may have had a medical event based on his health history.

A team comprised of the Priceville Fire Department, the Morgan County Rescue Squad, and Limestone County tracking dogs assisted with searching 10 acres of land near the truck stop.

However, their efforts so far have been unsuccessful.

According to multiple reports, Bertram was last heard from Wednesday night.

Police request that if you have any information about Bertram Moore to contact Priceville PD at (256)350-4613. 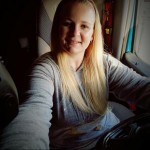